The secret to finding truth, part 1 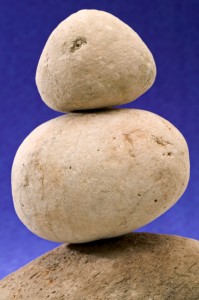 It’s time to share the foundation for accurate critical thinking skills. Before I do, allow me to present some questions which will hopefully make you uncomfortable. This will illustrate why one needs a solid understanding of how not to think and what not to base your beliefs on.  Take, for example, the following question:

Do you believe the sun will rise tomorrow?

Well that’s an easy one! Of course it will!

OK, if we believe that the sun will rise tomorrow, we must have justification. Shouldn’t be too difficult, right? After all, most rational people seem to believe strongly that the sun will rise again tomorrow. Let’s find out why. This exercise is to show just how many questions need to be answered in order to justify such a basic belief (that means be ready for tangential questions).

So, question 1: Why do you believe such a claim?

The first response that comes to mind is a common-sense argument, “Well, it’s happened every day in the past, so it will happen in the future.”

To play devil’s advocate, is the claim that past events predict future results? Isn’t that the gambler’s fallacy? How does one know that the universe does not have a specific date in the future on which the laws of physics cease? Really. Just because humans have claimed to see it rise for a few thousand years means it must rise again tomorrow?

Why do you believe that this has been happening for thousands of years in the first place? You may have had a tiny handful of years experiencing such a phenomenon, but you have the confidence to extrapolate that data back how many years? Thousands? Millions? If not that many years, perhaps you can at least believe your parents’ account of this experience?

So, you believe this is true because somebody told you so? Perhaps the history books that you read claim that we have records that suggest generations before us had experienced the same thing.

Hang on, history books? Why do you believe those things are accurate? You were told so? Were you there discovering the manuscripts in the ground that suggest the sun rose 2000 years ago? Even if you were, how the heck could you know for sure how old they were? Some scientific dated method? Were you in the laboratory testing this science, or do you just rely on the word of the scientists whom you’ll never know?

Could these historians have ulterior motives to make such claims? How do you know? Have you talked to any of them? You just wholly believe in the integrity of people you don’t know and never will? Sadly, there is quite a “history” of textbooks being grossly inaccurate in every subject imaginable.

Fine, forget history! One might say, “Ah, but we can rely on science! We’re in the 21st century! The earth must continue spinning!”

The first response to such claims should again be, “Why do you believe that?”

Well, everybody knows that empirical evidence is what is needed to satisfy intellectuals! But have you ever seen the earth from the outside? Have you really seen it spinning? Do you really know that the Sun is millions of miles away? Have you personally measured the distance? Do you really know that the Sun isn’t a big light bulb in the sky? Nonsense! You simply hear and believe. Somebody claims something, and you believe it! And you have the audacity to think that you know the sun will rise tomorrow! You don’t even know what the sun is! Will tomorrow even come?!

Keep in mind that at any point along this questioning process, a single question left unanswered spoils the conclusion. For example, if it were the case that your parents lied to you when they claimed the sun rose every morning in their lifetime, or if the historians had ulterior motives, or if the scientists made one little mistake in their manuscript dating methods (and so on…), then you absolutely can not know the sun will rise tomorrow.

We like to kid ourselves into thinking that we can know things if we believe in “science” like a smart person. How many times has science been wrong? Why is that the case? It is because science is just a bunch of truth claims made by people with white coats. You are no more of an intellectual for blindly trusting a scientist’s claims than for blindly trusting a tribal witch doctor. It’s the same thought process. Step 1: listen. Step 2: believe.

Perhaps one might come back and say, “But hang on, I scrutinize the claims of the scientist as best I can. I don’t just blindly believe him.” Perhaps this is a better way to know objective truth?

What standard of scrutiny do you use to determine whether something is true or not? Your own little set of criteria? (One criteria might be, “As long as it doesn’t break these rules of physics…”)

So, you claim to know objective truth because a certain claim fulfills your subjective criteria for determining what “objective truth” is? Isn’t that the definition of subjective?

Can we really know objective truth?

If you seek certainty, do not base your fundamental beliefs off of empirical evidence, or any other common standard of objectivity. Most of that comes down to simply believing what people with badges tell you.

If you want to be justified in your beliefs, base all of your reasoning off of logic. Yes, that is the secret to certainty. Logic. Indeed, every sentence one utters or thinks is completely, hopelessly dependent on it. I will explain why in the next post.

This entry was posted in How to Think Critically, Objective truth and tagged asking questions, being wrong, finding truth, how to have certainty, how to think clearly, how to think critically, logic. Bookmark the permalink.

26 Responses to The secret to finding truth, part 1