What is insanity? What is the standard of sanity? Are the close-minded insane? 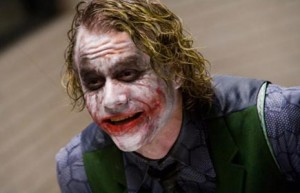 I have always been fascinated with so-called “crazy” people. That guy on the sidewalk with the guitar every Sunday morning yelling about how Jesus was actually the devil. Serial killers who are literally obsessed with killing – something so horrifying it boggles the mind. The guy who is convinced he is Jesus, Elvis, or Napoleon reincarnate because a dog told him so.

What makes a crazy person crazy? What is going on in the minds of the insane? They seem so unfazed by what other people think of them. Isn’t that something to be admired? Not to mention, they are passionate about their beliefs, and are driven to act consistently with them. They don’t seem to worry about their insanity, perhaps because they do not view themselves as such.

To give my conclusion up front: “insanity” is awfully hard to define, and, by my own definitions, so many people qualify that the word loses its significance. I have established some specific criteria, but before we look at them, we need to identify some difficulties with the topic.

So, let’s examine the case of Joe, who firmly believes he is Jesus. We note a few things:

#1: He holds a wrong belief (reality does not match his claims about reality).

#2: The methodology used to arrive at his belief is doubtful (e.g. a dog told him so)

#3: No amount of reasoned discourse will convince him otherwise.

What else can you say about Joe? I’d like to add more to the list, but everything seems to boil down to those three categories.

Right off the bat, we have a problem. In those notes, it seems like more than just the insane have been described. After all, most beliefs are not held due to rigorous critical analysis, and this means plenty of any particular human’s conclusions are likely to be wrong. On top of that, a universally flawless methodology might not be possessed by anyone. Furthermore, as frequent conversation with others will confirm, there is no shortage of close-minded people, who are unwilling to change their beliefs for any reason. I can not tell you how many people I have talked to in vain – no argument will change their minds. In fact, people will occasionally tell you outright: “You’re not going to convince me…” Well, what use is a definition of insanity which encompasses almost everyone?

I think the most crucial part of our description of the insane person is the #3 on our list: No amount of reasoned discourse will convince him otherwise. After all, there is nothing crazy about holding a wrong belief, given that you change it if presented with reasons to do so. Similarly, if someone points out a flaw in your methodology, it doesn’t mean you’re nuts, but simply that you are obligated to acknowledge the flaw and change it accordingly. However, if you absolutely refuse to change your mind, regardless of the reasons provided, that alone seems enough to question if one is sane or not.

If everybody else in the entire world says you are wrong, and they provide reasons, only a crazy person, literally, would not sway his belief, right?

Hmm, how does this differ from your close-minded grandfather? Regardless of the facts, those of a different skin color are stupider, he insists, dammit! Isn’t this the exact same methodological error?

Grandpa will not change his mind for any reason, nor will the crazy person. They have made the same methodological mistake (of close-mindedness). Does this mean grandpa, too, is insane?

Doesn’t grandpa fit all of the above criteria, as well? He’s wrong, his methodology is faulty, and he won’t change his mind. How come grandparents all over the world aren’t considered completely insane? How come grandpa’s son, and his grandson, who also believe the same thing for the same reason, aren’t labeled as 100% out-of-their-minds?

Here’s what I believe: it has to do with the nature of their conclusions, not their way of thinking. Grandpa isn’t lumped into the same category as Joe because society takes part in defining what sanity is.

Grandpa unequivocally believes X (other skin colors are stupider than his), which is false, for reason Y (racism), which is a faulty methodology.

Joe unequivocally believes A (that he is Jesus), which is false, for reason Z (a dog told him so), which is a faulty methodology.

It seems that, using the popular conception of “insanity”, other people partake crucially in the confirmation of your beliefs. For example, if you say you are wearing a hat, and everyone around you can see that in fact, you are not, yet you are still convinced that you are wearing a hat, you are deemed “crazy”. Other people confirm whether or not your claims are accurate. Because no one can confirm whether or not Joe is Jesus, or whether or not a dog really spoke to him, even if these things are true, he will be labeled as crazy.

While someone who believes black people are intellectually inferior to white, for physical reasons, is labeled a curmudgeon and a racist, but no one will treat him as if he believed he were Jesus.

Now, this means that the standard of sanity is set not by you, but by other people outside who judge your claims against their own experiences; the standard is external. If your claims deviate from the norm enough, regardless of the truth, you are “crazy”.

However, truth has no logical relation to popular belief.

This leads us to an unfortunate situation. Given that most people do not think critically about their beliefs, if you use Reason to come to your conclusions, your beliefs are likely to be quite different from your peers. The deeper you go, the more you disagree with popular opinion. Does this mean that the more critically you think, the “crazier” you become?

If you value finding truth, shouldn’t the goal be to completely disconnect your beliefs from society’s, and thus, potentially arrive at complete insanity? “Complete insanity”, in this case, would have more intellectual justification for belief than most “sane” people would. And thus we conclude: what a poor definition of insanity!

How do you know you aren’t insane? People would tell you if it were so? How do you know each of those individuals is not insane, and thus, a bad standard of measurement? And, don’t forget, a crazy person does not realize they are crazy, right? So, if you can’t use an external compass, nor an internal one, what are you left with? Insanity? How can you know?

Enter my standard of criteria for insanity: there are propositions which are necessarily true, independent of any need for external confirmation, and if one refuses to accept them, one is insane.

Granted, acceptance of the truth of these propositions does not mean you are sane, but the rejection of them is the notifier of sure insanity.

All of these propositions can be boiled down to the formal structure: A=A.

For example, a thing is itself. A box is a box. A fish is a fish. Any thing that is, is. Whatever is, can not not-be, by virtue of it existing.

Now, we can take these statements and fill them in a little bit more if we wanted to – language exists, the self exists, perception exists, and so on. 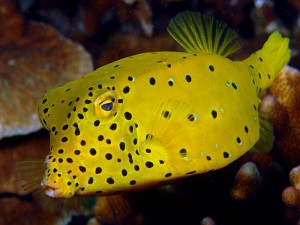 But this box IS a fish…

If fact, this is so profound that we can say confidently: even everyone on the entire planet were arguing that a thing does not equal itself (A does not equal A), they are the insane ones. Yes, it is logically justifiable to do the most presumptuous thing imaginable: tell everyone else that they are wrong, that you are right, and you know it with certainty. And, if they disagree, they are objectively insane. How about that for intellectual humility!

Now, that being said, I am open to debate whether or not A=A. However, I know that it is true. I might even say, “It doesn’t matter what kind of argument you make, you won’t convince me.” However, this is not due to insanity, but due to the nature of any argument that could ever be conjured up against the proposition A=A: it would necessarily presuppose the laws of logic.

This is no different than saying, “Any bachelor that I meet will be unmarried.”. Well yes, necessarily so given the definitions. Given that all counter-arguments are counter-arguments (in other words, they inescapably presuppose logical rules), no one will ever be able to convince me otherwise, not because I choose it to be so, but because it is necessarily impossible. Unless, of course, you can make an argument without making an argument, speak without speaking, or disagree with me without disagreeing with me.

3 Responses to What is insanity? What is the standard of sanity? Are the close-minded insane?