Which comes first: head or heart? 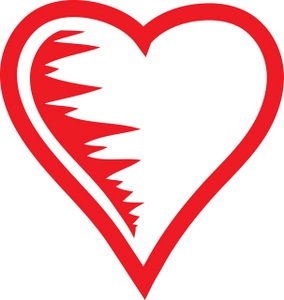 The age-old question strikes again. Which is primary, your head or your heart? Given the emphasis I have placed on logical analysis, especially discovering necessary presuppositions, it should come as no shock that I think the heart should come before the head.

Yes, that’s right, as it relates to an individual’s pursuit of truth, the heart plays a more critical role than the mind. How can this be? Well, I have a very specific definition of what I mean by “heart”. I don’t mean emotions and feelings. Rather, I mean intent. An individual’s intention comes before the application of their mind.

One can possess extraordinary mental prowess, but if they are not sincere in intending to find the truth, is it wise to trust any conclusions drawn by such a mind? For example, someone who can speak well might put forward very “good” reasons for why the government should act in a certain way, but if they financially benefit from such an action, does that cast extra doubt on the reasons put forward? Equally, an abusive husband might use all of his mental talents to create “reasons” for his behaviour, and he might craft an intricate theory for why his wife shouldn’t leave him. It doesn’t matter if these arguments came from Einstein, they aren’t sincere (his “heart” isn’t in the right place), and, therefore, we doubt their accuracy.

Do you trust a philosopher with malintent?

Would you trust the smartest person in the world, if you also believed he was disingenuous and narcissistic? Why not? What is his goal, and why is it relevant?

(If you answered yes to either of these questions, your naiveté will not get you one step closer to truth, only the approval of the person who is deceiving you. Trusting disingenuous people only gets rewarded in politics and academia.)

So, the boring qualities of “honesty”, “integrity”, and “sincerity” find themselves relevant to the pursuit of truth. We’re forced to turn the question inwards: Am I trustworthy? What is my own intent?

When I ask, “why do I believe this?”, does self-interest ultimately trump the sincere pursuit of truth? If I answer, “I believe X because… it’s practical/it works for me”, does that reflect poorly on my intent? Could it be the case that the truth gets overlooked because it doesn’t harmonize with my perceived self-interest?

If you are skeptical of a intellectually lazy philosopher, how skeptical must you be of your own conclusions, if you find laziness within your own thought processes!

Yes, with a hat tip to logical necessity, you can think of the heart being a necessary presupposition for human action. Before you speak, before you think, you do so because of your intention. Application of your head, but not your heart, is nothing more than intellectual pomposity. 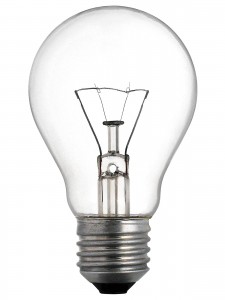 In contrast, application of your heart, but not your head, is also a mistake, but it is a temporary one. If one is sincerely seeking truth, an overwhelming case can be made for the application of reason (your head) in order to discover it. Given that the heart is in the right place, discovery of this fact, and the consequential admission of inaccuracy and change of behaviour, is nothing difficult. In fact, it is exciting. Bad reasoning is hopelessly easier to correct than malintent.

Change of belief or action becomes seamless and productive when your intention is sincere (discovering inaccuracy sort of becomes the goal). However, it is nearly impossible to change your beliefs if your head is in the game, but not your heart. If you don’t ultimately care about truth, it is a lot easier to save face and make empty arguments – just enough to convince yourself you are still “justified” in believing a given proposition. Maybe the cop-out is that “there are so many different arguments, how could you say yours is correct?” and subsequent lack of acknowledgement of a superior argument. Been there, done that.

Here’s the exciting part: you are in total control of your intention. Even if you are overwhelmed by arguments and find the application of your head to be a daunting task, you can still control whether or not you are sincerely seeking truth. Granted, this may be difficult at first, as it requires truth to take priority over everything else in your life, even your immediate self-interest. Of course, I am not saying one should live as a hermit until they sort things out (though it is reasonable), simply that if there is ever conflict between the truth and your self-interest – or even the interest of your family – truth wins. Always. This means all of one’s beliefs are at the mercy of proper argumentation. This should hopefully light a fire under the buttocks. Learn how to think accurately, critically, and logically, and then see what conclusions you can draw. It is much wiser (and easier in the long run) to base your life off of the truth, than some convenient lies which keep life “easy”.

Once you’ve determined to get your heart in the right place, and intend on sincerely pursuing truth, then (after you’ve built up a critical methodology) you can trust your conclusions, and the reasons for them. It’s true, given that there aren’t too many people of whom you can be certain their intention, this puts you somewhat on an intellectual island. But that is the inescapable fate of a truth-seeker: you are ultimately responsible for your beliefs, not anyone else – not your parents, your pastor, your spouse, or the “experts”.

So, in this sense, your heart comes before your head.

This entry was posted in How to Think Critically, Morality, Objective truth and tagged critical thinking, finding truth, how to think clearly, how to think critically, identifying presuppositions, logic, morality, reason. Bookmark the permalink.