I’d like to address a certain pet-peeve of mine. Like many of my other pet-peeves, it is a methodological mistake: intellectual pomposity.

No, I am not talking about that guy who is convinced he’s right regardless of what other people say. Claiming that one argument is superior to another is not pompous. The pomposity shines through when, instead of making a counter-argument, one simply says something like the following:

“Oh, so everyone else is wrong but you?”
“Do you have a Ph.D. on the topic?”
“Well who are you to claim such a thing?”
“All the experts disagree with you…”

Now, I am not saying that it is unwise to acknowledge “expert” opinion. Nor is it unwarranted to ask if a given speaker has relevant credentialing on a topic. However, these are secondarily relevant. The argument itself, regardless of the deliverer of it, is what must be grappled with. 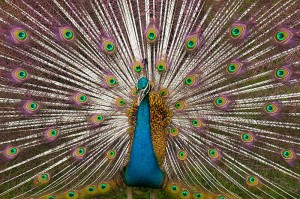 What a grand methodological mistake it is to dismiss an argument based on the qualities of the speaker. There is no logical relation between the argument and the arguer, and it is the height of pretense to overlook this. To engage in such intellectual discrimination (which can be called a “methodological dismissal”) is the gravest of sins.

Granted, it is popular. After all, who would take a child’s word when it stands opposed to a physicist’s? Are we to really take seriously the philosophical claims made by a hobo? Should a drop-out’s argument be treated as severely as a post-grad’s?

Yes. Absolutely, and without exception.

How can this be? Doesn’t this render one incapable of real intellectual progress? Actually, it is quite the opposite. In fact, I think the discernment process becomes streamlined even more so than the alternative, after a short amount of time. Here’s how:

To give an economic example, if I know that an increase in the amount of money in an economy does not increase people’s standard of living on net, any proposition which disagrees with that principle must be false. And, any argument which uses such a false proposition at the heart of its theory is false as well (or, at the very least, has no reason to be believed).

If I know that I exist, any argument which suggests otherwise must be false, regardless of who makes the argument, how passionately they make it, and how many other people agree with them.

We can call this justified dismissal. Let the argument stand by itself, then determine if it should be rejected. As the pool of known-truths grows, so does the ability and quickness for discernment. Children usually do not make sound arguments, and contradictions can be very quickly discovered.

As I have argued before, the most important area of study, especially at the beginning of a pursuit of truth, is methodology. Thinking about thinking itself. When you can spot logical fallacies a mile away, you can dismiss bad arguments a mile away. When people make the same mistakes over and over, you don’t have to worry about which expert said what, or what the “majority” accepted opinion is. If the same methodological mistake is made, that argument is inaccurate.

(As an example, an “expert” who has been regarded as one of the smartest men on the planet – Stephen Hawking – has recently written about the concept of “nothing”. He says that “we now know that the universe can create itself out of nothing”. This is supposed to answer the problem of an infinite regress. Problem is, he uses a grossly wrong definition of “nothing”. Thus, any conclusions he draws while using a bad definition are essentially worthless. They might be right, but only by chance, and there is no reason to believe such an argument. Regardless, physicists’ continue to parade such nonsense as fact, as those who aren’t considered “expert” oblige to keep humbly silent.)

This can largely be boiled down to the following: when it comes to the pursuit of truth, you are on your own. Never cling to a belief because some “expert” said some words. If you dismiss arguments without hearing them, you will never know what you are missing.  Being intellectually pompous might win you favor, and you might feel part of the “in-crowd”, but you are infinitely more likely to believe falsehoods. Listen to all arguments, then analyze, then decide how accurate they might be. When it comes down to beliefs, you have the final say (and hopefully because of this, you will let logic be the arbiter), not anybody else, regardless of their credentialing, or lack thereof.