Statistical anomalies: are they divine? 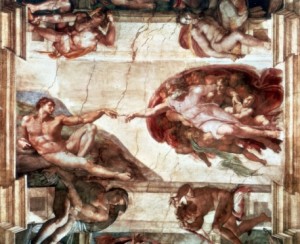 Religious people love to claim that God personally intervened in their life. They will give you a touching story about a statistical anomaly which they know couldn’t have happened unless “something else was going on”. That one time that mistake turned into a good thing! That one time Johnny almost fell into the street! That one time I was thinking about somebody and they had just gotten a bee-sting right when I thought of them! That one time the phone rang! It must have been God!

As I have already written about, statistical anomalies are a lousy proof of God’s existence. However, I am going to write about something that has deeply troubled me: where to draw the line? Here’s what I mean: it is easy to chalk up statistical anomalies to… well, statistics. One-in-a-million actually means one in a million. When you have 7 billion people on the planet, such odds seem pretty good, even predictable. This is great when we want to keep together a sharp, skeptical worldview. However, is there a line? At some point, does it make more sense to say “something else was going on”?

Yes, I am curious: what should one conclude from the perspective of the statistical anomaly? It is tempting to chalk everything up to chance, but as you’ll see, that might not be wise.

What happens when you get 50 heads in a row? 100? 1000? At what point does it become easier to think the coin is weighted? You were dealt five royal flushes in a row. Something else is going on: someone is cheating.

I was talking to a skeptical friend of mine who was lamenting her friend’s “God moment”, which consisted of an eagle flying across the sky while he was driving. What is easier to believe, God intervened to time an eagle’s flight to “touch” somebody, or an eagle was flying without divine intervention at the same time someone was driving? If the latter explanation can fully explain the event, why posit God? 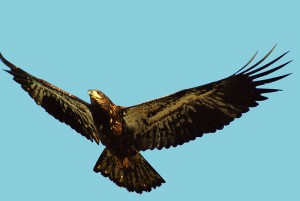 Well, what if in this scenario, the driver of the car had just “prayed” 5 minutes before and said, “God, if you are real, send a bald eagle to fly over this road in 5 minutes”, and this all took place on Hawaii, where there aren’t naturally any bald eagles. What should the driver conclude?

Keep in mind, it is logically possible for their to be a non-divine explanation for such an event: perhaps a bald eagle had just escaped the local zoo and the timing was mere coincidence. Given the nature of huge data sets, we can predict that somebody somewhere is going to “pray” for something to happen, and it is going to happen. This happens to people of different faiths, too. Should we conclude polytheism, that each prayer is answered by different, mutually exclusive gods? Or, should we remain immovable in our skeptical position?

If we conclude skepticism, you should ask yourself, “Is there any event which could take place which I would chalk up as ‘divine’?”

If you don’t think there is, you are forced into an absurd position. Let’s say you have a dictionary in front of you. You feel creative: what kind of story could you create if you just went through the dictionary at random and pointed to words? Close your eyes, point, then write down whatever word you point to, like a very loosely constructed mad-libs. What would happen if you “spelled” out the Koran, word for word? It is completely possible for this to be a statistical anomaly without any supernatural miracle (no water was turned into wine). What happens after you get freaked out by this event and decide to do it again, only with the same results? The chances would be astronomically low, but possible. In fact, if we have a large enough data set, this would be entirely predictable. At some point, if we point to words at random for long enough, we will spell out the Koran, word for word, without mistake. Because of this fact, should we remain skeptical? Let’s say you’ve done everything in your power to make sure you’ve eliminated other factors (a crappy dictionary, a prank pulled by a friend, etc.), and you try this test one more time. You spell out the Koran, word for word, for a third time in a row, just by pointing to random words in the dictionary.  What do you do?

I have trained myself to understand most religious people as suckers; they see God where he isn’t, and all the time. However, in this example, who is more of a sucker? The person who is so wrapped up in the worldview of “science” and “skepticism”, or the even more skeptical person who reasonably concludes, “Something else is going on here”. If being a proper skeptic means I am forced into rejecting a infinitely more reasonable, plausible explanation for a given event, I am skeptical of this kind of skepticism. At some point, I have to draw the line. I have no idea where, but I absolutely refuse to be so dogmatic as to chalk up such a statistical anomaly to chance.

I will be honest: if a situation like this happened to somebody else, I would reject it. I would conclude that it is more likely the person made a mistake than they experienced some divine event. I think a proper skeptic is completely justified in doing this. However, what happens when it happens to you? Can you put yourself in a thought experiment, and think about what conclusions you would have if such an absurd statistical anomaly happened to you?

Wouldn’t you be falling into the same trap as the religious? We dismiss the religious who claim that their statistical anomaly was from God, but would you believe that yours was? You chose words at random and came up with a flawless version of the Koran, thrice. Do you trust your faculties enough to conclude that this was a real God event, or do you conclude that you must have been deceived, to keep the skeptic’s worldview together?

If the latter, this is methodological mistake, as much as I wish it weren’t. The rejection of the belief, “this is a divine event” is because we skeptics don’t like the conclusions that are possibly entailed. You immediately must ask the questions, “What is God? If this happened, do I have a purpose? Is there objective morality? Should I read the Bible/Koran/Bhagavad Gita now? Etc.” All of these questions are asked by people of faith, which should be a huge red flag for those of a more critical mind. 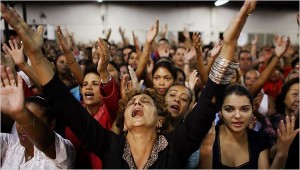 This is a mistake, however. Just because a belief is held by masses of idiots does not mean it is false. Just because the potential conclusions that follow from a belief are radical, does not mean that belief is false. It might be the case that we share similar conclusions of those who have faith, just for a completely different reason. I will be honest: this idea sucks (for the above reasons). However, to conclude otherwise, to be forced into chalking everything up to chance always, is too disingenuous. I will not believe a worldview just because it feels good, or because it makes me think everything is wrapped up. This a methodological mistake. True, hyperbolic skepticism, or a “temporary agnosticism” should be concluded.

A few more points, just in case you are comfortable with this conclusion. First, a proper skeptic might say, “Fine, it is possible that the absurdest of statistical anomalies can be attributed to God, but something like that has never happened to me!” Au contraire. Your existence is bewilderingly anomalous. Go to the second example in this post. Should you now chalk up such an anomaly to God? I have no idea, to be honest. I do not know where the line is drawn, and hence I said in the beginning of the post: this deeply troubles me.

It seems like our standards should be extremely high if we are to believe that statistical anomalies could be attributed to “something else”. But how high? How can we even go about answering that question? Especially when it is always logically possible to explain any given situation via “chance”.

Really, ask yourself, who is the sucker after flipping 10,000 heads in a row?

One Response to Statistical anomalies: are they divine?