Why I am not an atheist 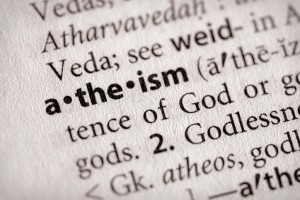 I am not an atheist. I wish that I were. Specifically, I wish that I were a physicalist-atheist: Everything is ultimately reducible to physical existence, and nothing exists outside the physical universe; neither Zeus nor leprechauns nor any other mythical being exists; all belief should be based off of science and the scientific method; and everything in the universe (humans included) can be theoretically explained by scientific, empirical, physical knowledge.

I do not believe these things for a number of reasons. I will write about the methodological problems of science/empiricism in the future. This post is dedicated to the big question: does God exist? Get ready.

If you are familiar with the debate at all, you know what a headache it is. There are so many arguments out there, so many bad arguments. If only there were a way to sort through all that nonsense and just focus on legitimate arguments. Oh, wait! It sounds like a good time to apply that methodology which I’ve been writing about for so long! Perhaps logical reasoning can shed some light on the most heated debate around.

So, we first define our terms. When I say “God”, I simply mean what Aristotle meant: a prime mover, or an uncaused cause. In other words, something not part of this physical universe which was responsible for it being in motion/existing. That’s it. “God” doesn’t mean an old man with a white beard, or some ethereal being who loves you and intervenes in your life.

To begin, I have to spend considerable time setting up the logical framework for this argument. This is incredibly important, if painstaking. Unless you are in a rush, don’t skip this part.

Here’s a quick primer on one rule of logic: the proposition “P or not P” is true. Here’s what that means: replace P with any well-formed premise, and that above sentence is true. Crude examples: “It is raining, or it is not raining. I exist, or I do not exist. The cat is on the mat, or the cat is not on the mat.”  (These are not quite completely precise for reasons that aren’t important now.) All of these sentences are true, given their structure. Propositions are true, or they are not true. There is no third option.

The application of this logical rule: God (an uncaused cause) exists or God does not exist. This is true. Now, we can expand this one level further:

Formally, it looks something like this, where:
God = G
Infinite timeline = I
“Not” = ~

-The argument in symbols-

Seems straightforward. Why go through this formality? It has to do with the title of this piece. I do not claim that God exists. I claim “not-atheism”. Specifically, my focus is on premise D. If there is no God, there still must be either an infinite timeline or not an infinite timeline. If it can be shown that both of these are unsatisfactory, the logical conclusion must be not-atheism. My belief in non-atheism revolves around whether or not there is an infinite timeline.

So, if atheism, “I or ~I”. I have already written about why “~I” is false. The idea of the universe having a beginning without an uncaused cause is nonsense. This logically whittles the atheist down to one position: if atheism, there must be an infinite timeline. If there is no infinite timeline, atheism must be false. And thus, we would arrive at the conclusion, “not-atheism”.

That is the logical framework of the argument. Let’s get into the meat.

-Why I am not an atheist-

First, the conclusion: there is no movement or progression along an infinite timeline. We experience a finite series of events in the present, therefore, there must be a beginning (a first cause). Sounds too confusing, so I’ll give a few examples: 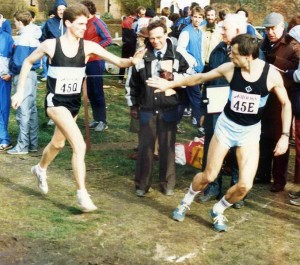 Imagine you are in a relay race. You just received the baton from the person behind you. Can you conclude anything? Let’s break this down.

Most people don’t understand the word “infinite”. They assume it’s just a really, really big number. It’s HUGE, right? Well, it isn’t. In fact, “it” isn’t a “number” at all. Infinity is a concept. It is a never ending set. This is a 1-minute video which gives you a quick idea about the funny nature of infinity.

So, infinite + 1 = infinity. Infinite times itself infinity times = infinity. How does this apply to the relay race? Simple, if you looked behind you and saw an infinite number of runners (never mind the practical impossibility of this), you could rest assured that the baton would never reach you; it would never even be in sight! Let’s look at it from the baton’s perspective. Why at the point at which the baton is in the hands of the person behind you, is it there and not 100 people further down the line? Why wouldn’t it be 100000 people behind? Or 1000000000000000000 people? It certainly must have passed the hands of all those runners, right? In fact, given the nature of infinity, it would have to progress over an infinite series of runners to reach you. Infinite. Not really big, but never ending. See a potential problem? If this is still fuzzy, don’t worry, we have a few examples to go:

Example 2: The line at the diving board

This will illustrate the point from a different perspective. Let’s say you find yourself in an infinitely long line at the pool, waiting to get on the diving board. How long would you have to wait until it’s your turn? Well, given that infinity is not just a really big number, think about it like the Hilbert’s Hotel situation. There aren’t a billion people in front of you. Not a billion-trillion-trillion. Not even that number raised to the billion-trillion-zillionth power. Not even close. Not even THAT number raised to the zillion-kagillion-fafillion-mamaillion-smellyillionth power. In fact, how ever big that number is (I might have made up some of those words), it is not even a fraction of a fraction of infinity, literally. There is a never-ending amount of people in front of you. Can you ever reach the end of something that never ends? Think logically, not empirically (empiricists would say: “well, we would have to scientifically test such a claim!”). This is the incredible nature of infinity.

Now, imagine you are standing in line as a teammate-baton-holder from the previous example. The diving board represents the real “you”. Will the “real you” ever receive the baton? No, it will never get there. But if it did, you could conclude that the line behind you must not be infinite. One more example:

Example 3: Ball on a plank

Now, imagine that plank being infinite in length. With a sharpie, you mark a spot on the plank directly in front of you representing the present. The ball has an infinite amount of distance to go on that plank before it reaches you. Will it ever? Remember, it doesn’t have a really long way to go; it won’t take a really long time. It has an infinite distance to roll. It will take an infinite amount of time. It is like counting back from infinity. It can not be done. You can not even start. That’s right, there is not even a starting place to roll the ball from. To imply there was a start is to deny that it is infinitely long.

Now, what happens when the ball does roll in front of you? Can you logically conclude that it could not have passed over an infinite amount of time or an infinitely long plank? Yes, I think you can. Let me tie this back to the infinite regress problem of the universe:

-Our universe, in the present-

Events happen in the present. (the ball reached us; we got to the diving board; we received the baton; we speak chronologically in the present, etc.) This experience should be follow with the question: “Why did event X happen?”

Why did the domino just fall over? Well, the cause was the domino behind it; it fell. Why did that domino fall? Well, the domino before it fell into it. Why? You get the idea. Can we logically conclude that such an event was merely one in an infinite set? No. Not if it happens in the present. An event in the present could not logically exist without an ultimate reference point: a cause which was not caused by any cause before it. If such a thing did not exist, a present event could never be reached.

Another name for this: God. An uncaused cause. An answer to the infinite regress problem. A “prime mover”, as Aristotle put it (to crudely summarize: he believed nothing could cause its own motion; therefore, there must be a first mover, which was not moved by anything before it).

So let me be absolutely clear, again: this does not mean a prime mover loves you. It does not necessarily follow from this that Allah wants you to submit to his will, and if you do, you get a bunch of virgins once you die. No. It just means there is an uncaused cause. It means there are not an infinite amount of past events, if events happen in the present.

If this argument is sound, it leads one to the conclusion of non-atheism, or at least non-anti-uncaused-cause-ism. At the absolute least, know that it is preposterous to dismiss arguments for the existence of this kind of god. Many people try desperately to ridicule those of us who are integritous enough to believe in a prime mover in the face of mockery. Please, feel ridiculed no longer. There is certainly at least one logical, reasonable argument for the inaccuracy of atheism, regardless of how passionately one tries to dismiss you as a crank for the conclusions this seems to imply.

However, as I will write later, there are still a couple of interesting ways to get around the infinite regress problem and be a reasonable atheist. I don’t find them compelling, but you’ll just have to wait to read and decide for yourself.

9 Responses to Why I am not an atheist