Why revisionism is necessary

Abraham Lincoln was a bad president? FDR made the depression worse? Ronald Reagan was not a fiscal conservative?! That sounds like revisionism to me! And we all know, that word is bad! 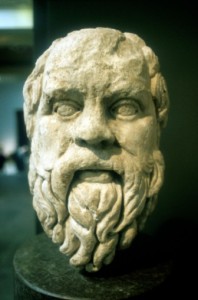 But there is more to be learned from these examples. Perhaps we can learn about the proper perspective which we need when addressing our own beliefs. From what standpoint should one challenge the now-outdated belief, “flies are spontaneously generated from meat”? We have a couple options:

A: We might be ambitious and challenge the notion all together: flies are spontaneously generated by old biscuits, not by meat!

B: Perhaps we more cautiously suggest that flies come from a specific kind of meat, steak perhaps.

C: We might posit that, instead, flies are only generated from meat in certain circumstances (when the meat is left out in the open, when it ages for a certain amount of time, etc.).

And so on… the list of questions is infinite.

What should the proper action be to verify whether or not these objections are valid?

Wrong. In fact, so wrong, that you could call all of these tests a waste of time. Why? Their shared premise is wrong. If it is the case that the whole theory of spontaneous generation is false, then whether or not we test for its existence with biscuits or steak doesn’t actually matter. The bigger picture, the theory, needs revising, and indeed, the conclusions that follow from this revision are going to be completely (categorically) different from those before.

Another example: when people talk about “regulation” of the economy, it’s normally about matters of degree. Should the government intervene a lot, or a little? How high should the minimum wage be? $5.00, or $5.50 perhaps? Should we be blowing up bridges in Iraq and Afghanistan, or just Iraq? 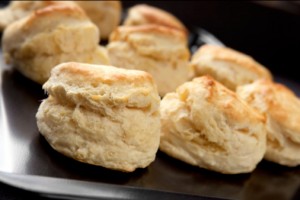 Unfortunately, it is the challenging of these big-picture premises which garners the most uproar. How dare we challenge the idea that the earth is in the center of the universe! People have believed that forever, and who are you to say it is wrong? How dare we challenge the entire theory that suggests the state has any role in the economy, states have existed since the dawn of modern man! We couldn’t possibly be wrong about those premises!

Perhaps our treatment of big-picture theory and philosophy should be a little more respectful. If a philosopher can convince scientists, for purely theoretical reasons, to not spend millions testing for square circles, we all might be better off.

How should one go about revising? My suggestion: work forwards, not backwards.

Here’s what I mean by that: you must start from scratch. You can’t assume that any conclusion is true if you have not justified its premise, and its premise’s premise. Deconstruct your worldview to the point where you start from believing in no conclusions, otherwise you might be wasting your time with biscuits-or-steak beliefs. How to know what constitutes a “justified premise”? Good question, difficult answer. A damn good place to start is with logical certainty. I’ll be writing more about the topic in the future.

Then, only then, cautiously work forward and revise. There could be nothing more intellectually integritous than changing (revising) one’s conclusions based on sharpened premises.

As for dialog with others, perhaps it is wise to first focus on the deep, fundamental beliefs (example: does the whole theory of spontaneous generation make sense?), until you have found agreement there. You are likely wasting both parties’ time by doing otherwise.

This entry was posted in How to Think Critically, Objective truth and tagged asking questions, being wrong, finding truth, how to think clearly, how to think critically, revisionism. Bookmark the permalink.