Everybody wears clothes. Am I the only one who finds this odd? Three questions:

Question 1: Why do we wear clothing? 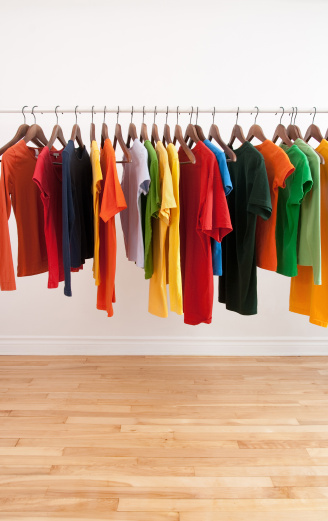 Oh, is this question not supposed to be asked? Don’t roll your eyes. We have been desensitized to people wearing clothes (everybody wears them all the time). But if you think about it, little human-animals walking around draping plant fibers over themselves seems odd, especially when put in perspective with the rest of the whole universe (does anything outside of tiny planet earth make sense wearing clothes?).

One might say, “Oh, well we do it to keep warm.” That’s wrong on its face. There are plenty of times we walk around clothed when it is warm enough outside. Another, “We do it to keep from being sunburned.” Well, yeah, but the same problem applies. There are plenty of warm, cloudy days when everybody wears clothing. If you want to make a purely sanitary argument, I think there might be some good reasons there (human fluids can be dangerous). Of course, some will reply, “We don’t want to see those parts of everybody!” Well, this leads into my next question:

Question 2: Why don’t we wear nothing? (Pardon the double negative)

Nakedness is natural, right? Show me an animal that is embarrassed to walk around nude, and I’ll show you a human. To address the claim, “We don’t want to see those parts…”, I have a question for you: do you walk around staring at animals’ genitals? They are naked, and anybody can stare. No, you don’t? Hmm… why doesn’t such public nudity cause a public outcry against the debauchery of animals?

I know why you don’t mind animal nudity: you don’t stare at their genitals. Are we really so juvenile as to think society would fall apart because our eyes would be constantly fixed on the private parts of our neighbors, whether we like it or not? Are we such animals?

I’ll answer my own question: no, it is not. Of course it is not. Even Western culture can make some crude acknowledgement that nudity in certain circumstances, or with certain people, is not sexual. More importantly, different cultures around the world have not sexualized nudity, and traffic does not come to a halt because of an exposed breast. Do you really think it’s healthy for people to be so reserved that they can’t separate the body from sexuality?

For example, There could  be nothing more innocent than a mother breastfeeding a child, and yet people have the audacity to throw a huge hissy fit (and try to get the law involved) when it’s done “in public”. Granted, if a mother doesn’t feel comfortable with such a thing, fine, but it just seems silly and unhealthy to me to make the human body such an enormous taboo.

This entry was posted in Three a week and tagged culture, three a week. Bookmark the permalink.

3 Responses to Three a week: Nudity