The methodology of trust

Is this wise? Might we exercise caution when dealing with the methodology of trust? I think it would benefit us all to understand where “trust” is appropriate, and where it is not.

First, let’s get some kind of a definition out there for what “trust” means: a belief that something is true without a full, personal, skeptical analysis. This applies from our beliefs about the integrity of chairs, to the integrity of the plumber who comes by to fix some pipes. We obviously don’t do a thorough stress test of every bit of furniture before we sit down on it. Nor do we do a full background check and lie-detector test for the plumber. That would be impractical. How tedious and annoying would our lives be if we had to doubt every little bit of information that we received about everything?

However, this casual, useful “belief” should not be mimicked in intellectual matters. When we are developing our worldview and dealing with beliefs that are more than just “practical”, the caution level should shoot through the roof. It is a tragic mistake to carry over the methodology of trust into the fundamental justification for the worldview that you hold. Whether or not a chair is sound is a little bit less important than whether or not a god exists. While the methodology of trust works most of the time (most chairs will not break; most plumbers will not assassinate you), we have opened up the door to permanent uncertainty and imprecision if our fundamental beliefs might be right only most of the time. We should seek absolute precision when searching for the basis of our worldview.

To illustrate this point, let’s fully examine what is wrong with philosophic “trust”. In what situations could it misguide us? Might “trust” be as justifiable a methodology as “faith“? Remember: we are seeking absolute certainty at the bottom of our beliefs. Let’s take a couple examples:

Example 1: The Crusades. You believe that they happened, and so do I.  A bunch of religious people around a millennia ago decided to convert non-believers by killing them. That’s the general overview. Why do we believe they happened? We might respond with a few reasons:

1. I read it in a history book.
2. My professor told me about it.
3. Experts have done research, and they have decided that they happened based on such-and-such evidence.
3.5 And those experts wrote books, which I/my professor read and deemed credible.

I would say that our reasons for belief in the Crusades can generally boil down to these reasons. We read something; someone told us something; someone with credentials believes something. After all, I certainly do not have personal experience being a Crusader, nor have I dug up and looked at all the evidence which suggests that they happened. In fact, I don’t think I have met anybody who has actually handled any related evidence first-person, and yet, all of the people with whom I have interacted share this belief with me. Is that odd? Might there be weak links in this chain? We’ll answer this question later.

Example 2: Doctors. When you get sick, who better to talk to than a doctor? While I am not the biggest fan of institutionalized medicine, if something is seriously wrong, I seek expert advice. Why? Perhaps there are reasons like this:

1. I have been helped by doctors before.
2. Doctors are experts in their field.
3. If doctors didn’t help people, there wouldn’t be so many of them in practice.

Again, I think most reasons for seeing the doctor can be roughly be categorized into these three beliefs. Now, I don’t personally have a significant medical background. It could actually be the case that the doctors tell me absolute gibberish about body parts that don’t even exist, and I wouldn’t know. I have neither been a doctor, nor have I looked at almost any medical literature, which I assume (purely guesswork) is a reliable source of knowledge about medical issues. Now that we have those two examples, let’s search for logical loopholes: where might certainty be misplaced?

A. We read something. (about the Crusades, something medical, etc.)

Now, there is an obvious answer to why you shouldn’t have certainty about the things that you read: it might be wrong. No shocker. Of course, it gets a little more in depth than that.

About those Crusades. When we talk about “reading something” in this

context, we are talking about “reading something written by somebody else“.  Just by adding that little clause, our red flags should be shooting up already. Some questions that you better have an answer to if you seek certainty (prepare for lengthy, hyperbolic skepticism):

-Who is this author?

What are the author’s intentions? If we are dealing with a disingenuous writer who just seeks cheap sources of revenue, it might be wise to doubt the integrity of the writing. But even if we are dealing with a honest person, but the author is a nincompoop, “trust” might be ill-advised. How can you know the intentions of an author whom you’ve likely not met, and will likely never meet, nor know anyone who has personally ever met him? Even if it were the case that you met the author personally, how could you know whether or not he was integritous. Could this person just be a charming speaker/writer who has ill intentions and does not care about the accuracy of his work? How could you know?

What is the author’s background in the subject matter? How much should you trust each sentence written by a professor versus a non-professor? If the author is a professor, how important is the school at which he teaches? How important are the economic incentives he faces while teaching at this school? If his requirement for a fat paycheck and tenure is to crank out as many books as possible, does that give you cause for doubt? Was he a good student while studying to become an expert, or did he just have family connections in school? What about a non-professor author? How many hours of research should you expect from an author of a history book who is not an accredited “expert” in the field? What if he is ridiculed by the professional “History” establishment? What if the same ridiculed author has written this book under a pseudonym? Would that affect the trust you put in his writing? How could you know such a thing?

But really, what does “background” in a field entail? What kind of education are we talking about? Does someone with “background” require actual hands-on, digging-up-artifacts experience, or should we trust the historian who has never set foot outside a university campus? Does “background” just mean the author has read a lot of words written by other people? Well, who are those other people? Shouldn’t we apply all these questions to them, too? Does creative analysis to historical “facts” count as “background”? How do all of these questions relate to the individual claims made by the author?

Does he have a religious background or bias? If so, how much? Would the frequency of his church-attendance affect how much trust you put in his work? What if he was in church every day for the past 35 years? Might that affect his work on the Crusades? What if the author is staunchly anti-religious, and has written books about how religion is the cause of the worlds’ evils? Would that affect how you read the book? What if this person receives large amounts of money from religious/anti-religious organizations? Should you trust their research? How could you know this information?

Phew. You get the idea. There are innumerable other questions that one could ask that have to deal with just the mere authorship of writing. The important part: if you do not know the answer to any one of these questions, you have reason to doubt. At the very, very least, you can not have certainty.

These questions also apply to another common reason for belief: my professor/teacher told me so. I won’t go through another flurry of skeptical questioning for time’s sake, but it is absolutely crucial to understand that questions that have to deal with economics, politics, human behavior, history, philosophy, and language are all extremely relevant to our trust in a professor. There are a staggering number of presuppositions that we take for granted when believing what somebody says.

This even applies to almighty scientific claims. I believe X to be true because it is scientific. This line of reasoning is so pervasive and deceptive, that I will write a whole post about it in the near future. Suffice to say, your belief in scientific claims almost certainly do not have to do with your personal experimental testing of any given claim, but your trust in what some people you’ve never met say. Mere uttered words are the justification for many a “scientific” belief.

I would like to reduce the methodology of trust into less deceptive terms. To be frank, when we hold a belief that X is true, and it is based on “trust”, our reasons are usually reducible to the following:

When we phrase it clearly, it becomes obvious that we should be a little more skeptical of our beliefs which are not arrived at via a proper method. To rephrase “trust” in this way might not be completely clear. So, as they relate to the three sentences above:

1. Belief based on a professor/teacher/parent telling you X is true is a simple argument from authority. This is awfully similar to “faith”. 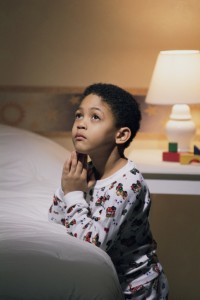 2. “Reading” is actually just looking at ink that is arranged in a certain way on a piece of paper. Ink-arrangement is not a reliable source of finding truth. This, too, (yes, even reading) when not coupled with an extremely skeptical rational analysis, looks a lot like “faith”.
3. When you say, “the experts” believe X is true, this is the most nefarious justification of them all. How uncertain must you be if you have removed yourself completely from an argument and simply believe based on the mere possession of a belief by another? Indeed, I know many a person that in the midst of losing an argument, will unequivocally defer to “the experts”. (For example, can something logically come from nothing? Why don’t you decide, and don’t take pastor Lawrence Krauss’s word for it) This is no more than faith.

Just because “the experts” on Islam have determined that Muhammad was a prophet sent by God, does not mean that he was. Just because the mainstream economic “experts” have declared that war is good for the economy, doesn’t mean that it is.

Bottom line: you should be absolutely sick and terrified of vagueness and imprecision. Do not make uncertainty the foundation for your beliefs. Relegate “trust” to the periphery parts of your life: chairs, cars, plumbers, and the like. Objective, necessary truth exists, and you can know it through the method of logical reasoning. Nothing should be more fundamental to your worldview than that.

This entry was posted in Culture, How to Think Critically, Objective truth and tagged asking questions, critical thinking, finding truth, how to think clearly, how to think critically, reason. Bookmark the permalink.

2 Responses to The methodology of trust