Question 1: What makes an entity, an entity?

Is a house an entity? What makes this so? If we gut the house entirely, so it is just studs and a roof, is it still a house? What about if we remove the roof, so it remains a bunch of studs? If we remove the studs, so it is just a floor? Surely, that is not a house. But when did this entity disappear?

Was it the removal of the roof? Well, what happens when we only remove half of the roof? Three quarters? Nine-tenths? What if we have one plank of wood serving as a “roof”, is that structure still an entity, or is it just a pile of things?

Question 2: What makes an entity, an entity?

Drawing lines in the sand when talking about physical reality can be hard (we can go down to the microscopic level and beyond). Perhaps there is an easier definition for a living entity. What makes a human being, a being? Is it the physical body? If so, we run into the same problem above – when we start removing parts from the body, at what point does a “human” just become a lump of flesh or a mass of cells (as certainly, a handful of cells can not be called “human”… or can it? Does the type of cell matter?).

Perhaps we can fit consciousness into this. Human beings are still human, even with their limbs removed, if they still have consciousness. To make it easy, perhaps we can say if any amount of consciousness, even minute, is present, that human is still a being or entity. We don’t run into any infinite regress problems here.

Question 3: What makes an entity, an entity?

Ah, but if the line is drawn at consciousness, that surely opens up more questions than it answers. If we deliberately describe consciousness as “non-physical stuff” to avoid the earlier problems, we are really claiming that what makes a human being, a human being, is its non-physicality. And what are we talking about then? A spirit? An essence? What exactly is this non-material point of awareness?

Does this mean that a human “being” can exist without a physical body? Surely we don’t want to go down that road. Perhaps it is easier to re-examine the case for the purely physical human being. Perhaps there is a certain cell count at which a thing becomes a human being. Perhaps there is a certain molecular amount of clumped-up wood or material which constitutes a “house-entity”. 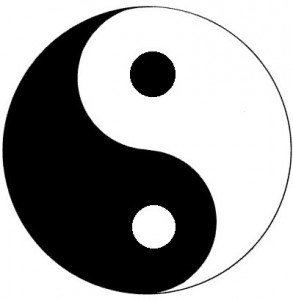 Or perhaps the opposite of all of this is true, something which hasn’t been mentioned. If these problems arise when we assert that entities exist, perhaps the conclusion should be that entities don’t exist. We don’t need to struggle to draw the line anywhere if there is no line that can even be drawn. Perhaps the worldview that simply claims, “everything exists, without the need for division between things” is correct. They reject drawing lines, and instead draw circles.

This entry was posted in Metaphysics, Three a week and tagged metaphysics, three a week. Bookmark the permalink.