How the heck can you be “one with the universe”? 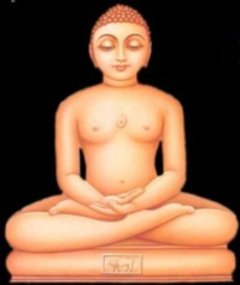 For as long as I can remember, I have always been intrigued by Eastern worldviews. Until recently, I have frankly never understood them. How can you be “one with the universe”? What is the sound of one hand clapping? Well, that’s a stupid question I am afraid. One hand can not clap. Simple. In fact, what we mean by “clapping” is usually “striking together”. If you only have one hand, you can’t strike your hands together. Seems obvious… what am I missing? Why are so many people devoted to these ideas? (I am going to lump Buddhism and Hinduism together and just call them “Eastern” or “transcendentalist”.)

I am going to stick my neck out and say I finally understand the core ideas of what so many people find compelling about these ideas. In fact, I think there is a lot of meat to an Eastern worldview. This post is for you Westerners who are perplexed (as I was) by some of the confusing statements that are put forward by Eastern gurus/hippies/transcendentalists.

First, I am going to give a summary of what I think are the core ideas of this worldview. Then, an attempted explanation, without the mystery. So, here’s a list of propositions that I think a transcendentalist would agree with:

a. All is one.
b. We are all connected.
c. All divisions between things are artificial constructions by humans.
d. Pain and pleasure result from an attachment to the physical world.
e. You can achieve a state of “oneness” with the universe by ridding yourself of your “ego”.

Alright, that’s a good bunch of interesting statements. These will hopefully become comprehensible after some foundational beliefs are explained.

So, this all started with some conversations I have been engaged in for the last few years with various people in various different places. Then, recently, I woke up around 5am one morning (much to my chagrin) and started doing research on Buddhism. Shortly after that, I took a trip to Washington DC and had a few marvelous conversations which cemented my belief that I finally understood the basics of what Buddhist monks have been talking about for a while.

The question is about methodology (a common theme on this site). How should we go about arriving at our beliefs? Should we use a dartboard? Logical reasoning? Faith? Or something else? Here’s their methodological claim: you can arrive at “truth” by abandoning reasoning and language altogether. Reasoning and language are constructed by humans – why should we think they result in the discovery of truth? There is in fact, they argue, a more fundamental truth, accessible to every person regardless of mental capacity: you exist. Not only do you exist, but everything exists. This is key. Everything in the universe exists. Hence, “you” are part of everything.

If we mesh this with a theory of atoms, you are made up of the exact same stuff as every other thing which exists – you are just arranged differently. However, you don’t need to use left-brained reasoning to understand this as a proper sentence/proposition. You just exist. Indeed, if you abandon language, you still exist. If you abandon your goals and even your beliefs, you exist, just like everything else in the universe. Just “be”.  (Note: think how meditation plays into this. Is this not a proper explanation for why monks meditate all day?)

Logical analysis and linguistic reasoning are exercises in futility. They are just another artificial, illusory construction by busybody human beings who want to kid themselves into thinking they are uniquely gifted to discern “true” propositions from “false” propositions, all the while forgetting that “true” and “false” and “propositions” are merely arbitrary words.

In fact, acting with “goals” to “succeed in life” or get ahead in some material way is also pointless. Again, all artificial. A proper life is one lived by understand that you are part of “one”, and not getting caught up in what some culture throws at you and tells you is important. Furthermore, even what you consider your “self” is artificial – your beliefs, goals, attitudes, AKA your “ego”. Only upon abandoning your self, your ego, can you attain a state of “nirvana” or pure one-ness with the universe.

OK, that is the overview. Pretty interesting, eh? Before I get into my personal take on this worldview, let’s revisit those five propositions.

a. All is one.
This is fairly easy to understand now. Add up all the stuff in the universe, everything which “is”, and you will get one. Divisions are merely two sides of the same coin.

c. All divisions between things are artificial constructions by humans.
A box is made up of little bits of matter. Some people could argue that the box is actually a table. Others, a chair. Some could argue that it is in fact a stepping stool. In reality, it is none of these things, it just “is”. The words we use are arbitrary, and have no effect on the box’s “is”-ness.

d. Pain and pleasure result from an attachment to the physical world.
Think about it through the lens of this worldview, pain and pleasure are purely arbitrary. We think we should have a certain level of material well-being or kind of relationships with people. If these arbitrary expectations are not met, we experience “pain”. In fact, pain and pleasure really aren’t so different after all. They are really two sides of the same coin.

Are the meditator and the clouds really one?

e. You can achieve a state of “oneness” with the universe by ridding yourself of your “ego”.
Again, this is the attainment of nirvana. No more artificial division or constructions, no more “self”. Reduce yourself to the bare bones of what you are: just pure existence  (like everything else).

You have to get yourself into this mindset when trying to understand the mysterious sentences which monks give to students to think upon, called “koans”. One example which comes to mind: a student was eagerly asking his teacher, “What is the Buddha?” The teacher responded, “Three pounds flax.”

Think about it. All divisions, names, and words are arbitrary. Everything “is”. Buddha “is”. Three pounds flax “is”. The student “is”; the teacher “is”. Everything is “Buddha”.

Now, while I disagree with plenty of things here, I think many pieces fit together nicely with the worldview for which I have argued. Here’s my take/response:

The question remains one of methodology. Perhaps the methodology of the East and the West can ironically be two sides of the same coin – ways of finding absolute truth. I don’t think rational analysis should be given up just because another methodology might arise, especially if that methodology has severe limitations. Yes, I think is it valid to say that by abandoning language, you can still arrive at a truth: that you exist. However, just because everything shares a common property (existence), does not mean everything is the same thing. Apples and leaves are often both red, does that mean they are often the same thing? (Of course, I am the one drawing the division between an apple and leaves.)

You might not even need to the reality of existence linguistically. You can just be. OK, I’ll give you that. But just because you can arrive at a truth, does not mean you have arrived at all truths or the “ultimate” truth (if such a thing exists). The most left-brained person in the world can arrive at the same conclusion of existence via logical (presuppositional) analysis. Yes, you must exist because you could not think a single word without existing. You are logical necessity/presupposition if you speak.

I think it is accurate to try to reject artificial constructions, at least as it relates to your beliefs about yourself. I think culture is deceitful and empty. However, just because it might be wise to not completely devote your life to becoming wealthy in an attempt to find happiness, it does not follow that you have to entirely reject a career or life-goals. The ultimate reason for living should not be to fulfill some arbitrary role that society has given you, but that does not mean you should not have any role. (Of course, I believe this should be discovering what truth is. Let’s not kid ourselves into thinking our lives matter unless we’ve done enough research to confidently conclude either way. This journey takes precedence, necessarily, over anything else.)

Why not mesh these two worldviews, in the ways in which they are not mutually exclusive. While the West is typically dogmatic in its physicalist empiricism, the East tends to be dogmatic in its various versions of spiritualism/mysticism (to the point of rejecting Reason altogether). Why not take the middle road? Perhaps Dualism best explains the world, both as a philosophy of mind (both mental phenomena and physical phenomena exist), and as methodological Dualism: you can know certain truths through different methodologies. You exist, and you can either think about that rationally, or just “be”.

Now, if you want to get beyond the simple truth that you exist, I would recommend not abandoning logical, linguistic reasoning. There are an enormous number of truths to discover with your mind, if you go about it the right way.

This entry was posted in Culture, Metaphysics. Bookmark the permalink.

2 Responses to How the heck can you be “one with the universe”?