Question 1: Why do contradictions sound alluring?

“They went to a world where 2 became 3, where good became evil, and hot was cold.” 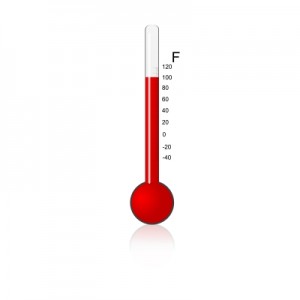 Ooooooh! How mysterious! Such a proposition titillates our senses. Mystics have written in such a way for millennia, and they have been quite popular. This is odd, because after the application of basic logical analysis, the mystery fades into pure impossibility. “2″ is not “2″ if it is “3″. “Hot” is not “hot” if it is “cold”, by definition. Things can not be hot and not hot at the same time, otherwise they would not have been hot in the first place. Any description of reality which includes a contradiction, however romantic-sounding, is mere confusion and must be false. It is not “I don’t think hot was cold at time X”; it is “hot can not be cold, ever.” There can not be any plausibility to it.

Question 2: Aren’t there any exceptions to the rule?

Answer: No. There can’t be. Take, for example, the following statement:

Now wait a minute, this seems like a contradiction, but isn’t this true? Joe is tall in certain circumstances or countries, and in others, he is not tall. Why can’t this work?

This is a great example of subtly vague language. If you are not precise in your analysis, contradictions like this can seem like they are true. Here’s the important part: when dealing with contradictions, you must keep both propositions exactly the same, while negating one. This principle has not been followed in the above example. Here’s why:

Aha! There the contradiction becomes clear. We can no longer say that the negation of the first proposition is true. If Joe is tall in certain circumstances, it cannot be the case that he is not tall in certain circumstances. Still confusing? Again, the trickiness of this can be explained via example. In order for the contradiction to be true, we want to make the proposition:

Now, the mistake is clear. These are two different propositions altogether. We must talk about Joe in the same circumstances, otherwise, we are not making a proper contradiction.

[Formally, you can see the difference like this:
(A and not-A)
is quite different from
(A and not-B).
The former can not be true, the latter can be.]

Question 3: Why all this “can’t” and “must not” language. Isn’t that too extreme?

Nope. The nature of logical analysis is unique in dealing with absolutes. It is absolutely the case that a proposition is either true or not true, there is no in-between. Upon reflection, one can find that this is not extreme at all, it just necessarily follows from the inescapable laws of language and thought. Think about contradictions this way:

One Response to Three a week: Contradictions