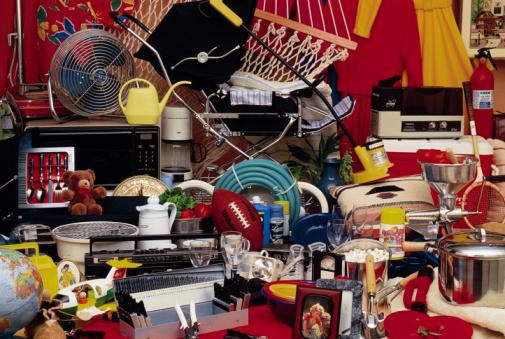 He who dies with the most toys wins, right? Three questions:

Most people believe that, to a degree, stuff is important. At least the having the basics. This just follows right into the next question to ponder:

If there is really some objective standard of material well-being that brings happiness, why are so many of the richest people on the planet (who happen to be “poor” by America’s standards) distraught over their financial situations? How much money does it really take to have the “basics”? It sure seems like people’s stuff/happiness ratio is dependent on how much stuff their neighbors have. (yes, but humans are better off with stuff, therefore that has objective meaning, right? Nope.)

Question 3: Can there be any objective value in material possession?

Let’s take an atheist position first. Humans are fundamentally animals and subjectively enjoy having material goods. Eventually, humans die and rot in the ground, as does their stuff. End of story. They enjoy stuff while they have it, just like people enjoy ice cream. There’s no long-term purpose (no meta-narrative) or meaning in material existence.

Next the mainstream theist position. Humans have a soul. In fact, the most important part of a human is the soul. Material bodies are temporary; the soul is eternal. Any satiation that the human body gets from stuff is essentially pointless in the long run; it isn’t spiritual. Indeed, material possessions often get in the way of eternal joy, because people get caught up in them and wind up dying unfulfilled.

Doesn’t seem to leave a lot of room for caring about stuff, if you are interested in life with an objective purpose.

This entry was posted in Three a week and tagged three a week. Bookmark the permalink.

One Response to Three a week: Stuff