So, let’s say humans can break the laws of physics and have free will. Even if that is the case, I do not believe an atheist can be consistent and believe in any objective morality.

Beware of the is/ought fallacy. It is again necessary to dive into the structure of sentences. Simple: you absolutely can not derive an “ought” statement from an “is” statement. For example, giving money to the poor “is” nice. That is a “descriptive” statement, essentially acting as an adjective. There is no difference in structure between that statement and the statement, “running around is tiring”. They are both merely descriptive. The sky is blue; fat people are jolly, etc.

The premises in both A and B are simply descriptive statements. The conclusions do not follow. The fallacy is quite apparent. I am convinced that this argument is damning enough to reject the secular humanist claim that there is a way in which one ought to act. Saying that certain actions are “nice” does not conclude anything.

But hang on, if humans follow a certain set of principles, we will all live better, safer lives! Or, it benefits the species of homo sapiens to have objective morality, and therefore there is an evolutionary reason why we should act in certain ways!

Nonsense. By definition, if there is no standard outside of humans, there is no objective standard by which to judge humans. You can make a compelling case (as free market economics does) that if people respect eachother’s property rights, they will live in a “better” society. OK, granted… and?

This argument boils down to statements of preference. Yes, I will grant you that property rights are conducive to material wealth. Why in the world do you believe material wealth has any ties to anything objective? Do I want to live in material comfort? Probably. That is my preference. It might not be yours. Should people live in material comfort? That question doesn’t even make sense. I would love if society valued classical music more than they do. My standard of living would rise. Therefore, society should more highly value classical music?

Let’s play out an example. Let’s say I am a serial killer, and I enjoy killing people. The secular humanist comes along and says, “Hey! Don’t kill people! That’s immoral and bad!”

“According to whom?” I respond.

Now, what responses are available? According to me? God? The Universe? Humans?

“Society.” Conversation over. Immediately, again by definition, if you are drawing morality from society, it is inherently subjective. Different societies value different things. If tribe A values child sacrifice, and tribe B does not, by whose standards can either side judge eachother? How can one side be right and another be wrong? How pretentious!

But what about evolutionary explanations for morality? They are in the same vein as the secular humanists. They claim that we should act in ways that benefit the species. I would simply ask, who cares about the species? You? Your group of people? If human life is inherently the same as animal life (yes, we have big brains (large computers) in our skulls. And monkeys have 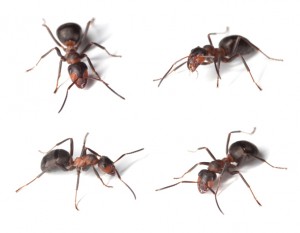 bigger lips. Big deal.), is there an objective morality for ants? Yes, ant serial killers would wreak havoc on the ant community, but who cares? Is there a way bacteria should act? What is the justification for presuming that human life has any objective importance whatsoever? I just can’t help but find it presumptuous that the same people who claim the human species is literally a cosmological accident simultaneously claim that we have some kind of objective worth. What is the justification? What we humans say?

Granted, my subjective preference (and most people’s) would be for strong societal preference against murder in society, but that’s all it is: a preference. If you cannot appeal to any outside standard of morality, it is by definition subjective.