Three a week: the brain

It is foolish to dismiss the novelty of the most complex 3 pounds of matter in the knownuniverse: the human brain. Three questions to use that brain to think about:

Question 1: Where is the theater? 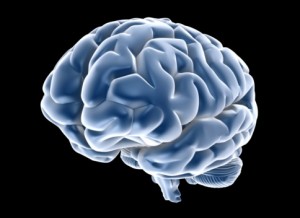 In other words, we have not yet located the apparent viewer of all the stimuli that the brain receives (visual, auditory, etc.). The absence of finding a physical location of the “self” in brain science has led plenty of contemporary philosophers and scientists to deny consciousness or call it an illusion, and it has led others to believe there is a fundamental difference between the “mental” and the “physical” (also called “dualism”).

Question 2: Does the incredible complexity of the brain pose a problem to materialism?

Regardless of your personal beliefs, it is important to flesh out the conclusions of materialism. I think materialists are disingenuous to quickly explain away consciousness and the extreme unique complexity of the brain as something that is easily answered by science. It’s not. In fact, the materialist’s reaction to questions involving the brain/consciousness is very similar to the religious fundamentalist’s reaction to questions about heaven and hell: it is preposterous to disagree with them. “I can’t tell you exactly how it works, but I trust the experts. If you do not find their arguments compelling, you are a complete anti-intellectual.” sounds very similar to “I can’t tell you how it works, but I trust this holy book. If you do not find its arguments compelling, you are going to burn in hell for eternity.”

Any intellectually honest materialist will tell you that the human brain (the existence of consciousness and the potential existence of mental phenomena) poses the biggest challenge to their worldview. Don’t be ridiculed into believing otherwise.

Question 3: Is the human brain an accident?

Reject all dogmatic responses. Suspend your knee-jerk answers. Just try to find consistency. If our starting premise is that there is nothing outside the material world, that our existence is not due to a creator or in line with some supernatural plan, then it necessarily follows that the human brain’s structure is 100% accidental. Start with enough atoms whirling around, give it enough time, and somewhere the accidental interactions between those atoms will result in a 3 pound super-supercomputer which has a subjective experience (a group of atoms which calls “itself” “I”) and access to rational capabilities (“it” [really they] can ponder about its own existence).

I am not saying that isn’t the case. It is absolutely possible that our existence is accidental. I am just saying this necessarily follows from the common “science-ist” premise. There is no consistent tentative materialism, that argues for some special meta-narrative to an accidental (yet orderly) universe.

This entry was posted in How to Think Critically, Three a week and tagged consciousness, the brain, three a week. Bookmark the permalink.