It is easy to take in information. Just open your eyes and ears. We are bombarded with data and information virtually all day, everyday. You can be filled up and brimming with facts in no time.  I have written about ways to sift through that information to find truth and falsehood, things you can know with certainty, and justification for these things, but there is a more general action which deserves just as much (or more) attention: understanding.

This is what I mean by understanding: To know how things work and why they work, not just that they work. To know the causes for something and be able to predict the effects. To be able to make relevant connections to other phenomena and see the big picture at work. To know the deeper causal relationships between things, not just the readily seen.

I am going to make the case that understanding is not a function of raw data gathering or fact-retrieval, but it is necessarily related to abstraction and conceptual reasoning. In order to understand things, we remove the specifics (or “particulars”) from various situations and, instead, look at general principles and concepts that we can recognize in other situations. It is a tragedy that “abstract” is, today, often synonymized with “impractical”, “irrelevant”, or “unrealistic”. As we will see, we would be reduced to a pathetic state of ignorance if it were not for abstract reasoning.

To illustrate, we’ll take the story of a child: 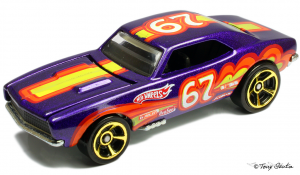 Hot Wheels: Stanley is a kid. He plays with toy cars. He has progressed in his toy-playing abilities over the last few years. There was a time where he hadn’t ever seen a toy car before, let alone touch one or roll one on the floor. Let’s visit that moment, in fact:

“What is that? Can I eat it? Should I touch it? I wonder what it feels like. Cold, and hard. Ah! It moves. And squeaks. Hmm, it moves easily. A little nudge and it goes rolling away. How fun!”

What can be gathered from this example? If Stanley takes his knowledge of this car (the look, the feel, the rolling properties, etc.) and only makes connections with the specific experience he had with the specific car under specific circumstances, he will have a very limited understanding of anything, indeed. After all, if he was rolling the car on a wooden floor, he would have no idea whether or not a car might roll on tile or concrete. If the force he applied to the back of the car is only understood in specifics, he could never understand that any push of the car will result in movement, only that his one specific amount of force applied under that specific circumstance resulted in that specific movement.

Now, what happens when he sees a friend’s new Hot Wheels car? If there is no understanding made, no abstraction from the previous experience, Stanley will be equally as perplexed and curious as he was when he first encountered a car. However, perhaps he abstracted away from the specifics of his car-knowledge and can easily recognize the shape and the “wheels” on the bottom of his friends car. It is likely that if he pushes this new car, it will roll as well. Maybe the child now understands that rolling over his toes will hurt regardless of the specifics of the toy. The general principle of pain, as it relates to metal things running into the body, can be understood at a conceptual level. (When a child puts his hand on a burner, he hopefully learns that all burners (the cause) have the capacity to result in the same unpleasant feeling (the effect), not just the one specific burner.)

In time, Stanley will learn that slanted surfaces will result in faster movement from his cars. The steeper the incline, the faster the movement. Perhaps he can create his own ramps for even more enjoyment. Imagine what he could teach a child, with excitement, who had never played with a toy car before. He has built up a basic understanding of toy cars, why they move (a push), their feel, sounds, looks, speed, and perhaps their relationship to certain people (friends, parents, siblings). Again, these are non-specific principles, not facts relating to merely his own cars or even the ones he has played with.

Now, fast forward a bit. Stanley has moved on to college, and he studies physics. Seeking deeper understanding, he understands that if you have a thing with wheels on an incline, it will move, with the speed depending on the incline. But why is this the case? He learns about (what we will call) the principle of gravity. It is not only toy cars which are affected by gravity, but everything with m 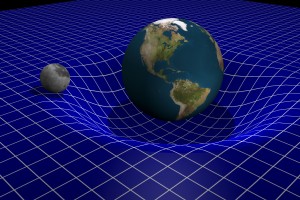 ass. He studies the formulas developed through other people’s experiences with things, and learns that there is actually a way to predict the speed of objects moving through space, regardless of certain variables (like color, taste, etc.). This is more universal abstraction, and it has all sorts of other conceptual implications in other areas.

If Stanley were to read his textbook and only understand the specific examples in a vacuum, he would not understand very much at all. It is when he abstracts away from the specifics that he develops an understanding of what is going on.

Fast forward again. Stanley is still fascinated by physics. “Gravity” is no longer a satisfying answer to the question, “Why do objects fall to the ground?”. He seeks a deeper understanding. Why does gravity work this way? What are the fundamental causes of gravity, and does it really apply universally? What principles can be found at this new level of inquiry? And so on…

Enough of Stanley. You get the picture. As he progresses along his intellectual journey, he gets deeper and deeper into understanding the fundamental principles and concepts behind whatever his studies, and he gets farther and farther away from studying what seems to be the most immediately “practical”.

Here’s some great news: you have countless chances to seek conceptual understanding and abstraction every day. The more you seek out conceptual knowledge, the easier it gets, and the faster the connections are made.

In contrast, we are told that the possession of “concrete facts” is the hallmark of an intellectual. I disagree. For example, one who only knows figures and numbers about some specific economic system understands nothing and can explain nothing, in contrast to the man who can always apply certain economic principles in any situation. A precise knowledge of cause-and-effect is not numerical or immediately factual. The principles, theory, and concepts come first, then their manifestation into the specifics.

In fact, every discipline requires abstraction. Historical facts are meaningless and incomprehensible unless put inside a conceptual framework. Science can’t tell us anything about the world without abstracting to the world outside the laboratory. Somebody who says they are concerned with “just the facts” or “just the data” is confused. Pure data input is no different than looking at and memorizing the digits of pi. You need to know how concepts relate to one other, not be able to regurgitate numbers and unstructured information.

Perhaps the most fundamental abstractions are those of language. Every belief that you hold, regardless of the specifics, can be put into language. If you understand the principles and necessary rules of language, this applies to literally every sentence which you will ever speak. What could be more fundamental? (Relevant to this site: it just so happens that logic has been called the study of the “rules of language”.)

Abstract, conceptual reasoning is not only an academic pursuit. You will find that those who are the most accomplished professionals in nearly every field and discipline are learned in the theory of what they study. In fact, even the same exact concepts and principles are used between different activities. For example, the principle of relaxation, or the economy of motion, is used at the highest levels in everything from Ju Jitsu to chess, or from piano and guitar playing to table tennis. Getting from point A to point B via the easiest, most comfortable and natural move is an abstract concept, but it is immediately related and incredibly p 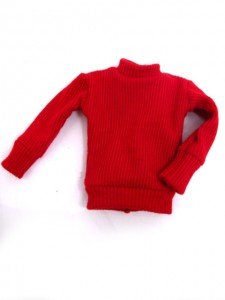 ractical in any specific endeavor.

So, the next time you want to put on a shirt that you have never specifically worn, don’t fret. Think about the abstractions that you have learned in the past. Perhaps it does not matter the color of the shirt or the day of the week; you can put it on the same way.

If you want to be somebody who understands how a machine works, and not somebody who is merely content that it works, you must actively search for the deeper concepts at work, not get caught up by arbitrary specifics.

This entry was posted in How to Think Critically and tagged critical thinking, how to think clearly, how to think critically, logic, reason. Bookmark the permalink.