Question 1: What is happiness?

Be careful how you answer this question. It could have big implications on the nature of reality. For example, does happiness have to do with your subjective feelings? Does it have something to do with your beliefs and attitudes towards life? Or, can you reduce it to a physical nature? Is happiness purely a physical phenomenon, nearly synonymous with dopamine? If you bring a 1st person perspective into the definition of happiness, you better explain how it is possible for humans to have a 1st person perspective in the first place.

Question 2: Should you pursue happiness?

We seem to think the pursuit of happiness is an obvious goal of life. Why? What is the justification for this near-universal assumption? If it is the case that “happiness” is reducible to chemicals, c 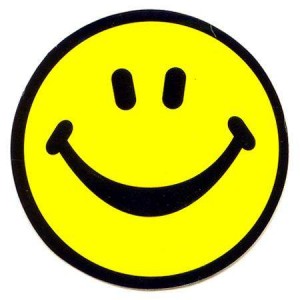 Humans have identified with precision the chemicals that lead to feelings of happiness. They have also developed a flawless way to hook people up to a machine which keeps their mind flooded with these chemicals in a permanent state of happiness. Do you hook yourself up to the machine for life?

Some people would, most people would not. Why not? If the goal of life is happiness, and it is as simple as hooking yourself up to a machine, would one not be a fool to turn down such an opportunity for permanent bliss? If you wouldn’t do such a thing, are you claiming there is something additional to what you seek? Is there some kind of true or non-artificial happiness, not attainable with mere drugs?

If it is the case that you seek such a thing, what does this mean? The accuracy of the feelings which we have should be justified with the reality of the situation we are in? Does the human mind value justified happiness over permanent dopamine-release? (Might the human brain seek dopamine, while the human mind seeks something deeper?)

In the first, humans are accidental, physical animals, with an existence which “matters” no more than an ant (or a rock, or a planet, or a random cluster of stars). Granted, we matter to ourselves, but who cares? A slug wants to preserve its own existence; so do we. In the big picture, a slug doesn’t matter; neither do we. Our planet, and everything on it, is going to eventually cease to exist because the sun will burn out, an asteroid will hit us, we will nuke ourselves to death, or whatever. Does a human creature seeking dopamine-release matter at all? Why do we kid ourselves into getting so wrapped up in our own pathetic existence to think the pursuit of anything matters. Fundamentally, our brains are like drug addicts: we seek chemicals, constantly. Why not acknowledge this futility?

In the other, humans are not accidental. They are part physical, part non-physical (with either a non-physical mind, a non-physical “soul”, or both). Because of homo sapiens fundamentally unique nature, we can (at the very least) posit the idea that there might be a purpose to our own existence, some kind of grand plan for us. But so what? Where does individual human happiness fit into the grand scheme of a creator? Are we really so pretentious to think that our personal fulfillment is somehow relevant or important enough to matter whatsoever when it comes to a divine plan? Might it really be the case that the creator of the universe has thought to himself, “Now, I know Johnny really like playing dominoes. It makes him happy. I’ll make sure to create the universe just right so that Johnny gets to be happy playing dominoes.” Might we not be so important?

Or, might we? Perhaps it is premature to disregard the staggering novelty of human existence. Perhaps the mere existence of a mind is enough to entertain the idea that God has some spectacular plan for the most unique creatures in the universe. Molecules with a unified, subjective experience who can think, feel, reason, believe, and choose? Maybe these humans are the only creatures whose happiness is more consequential than an ant’s life of reproductive success? Or, might all of this just be a wonderful example of the homo sapiens’ ability to think wishfully? Yes, humans are unique, but perhaps only in the capability to delude ourselves into thinking we matter on a literally divine scale.

This entry was posted in Culture, Three a week and tagged culture, emotions, three a week. Bookmark the permalink.