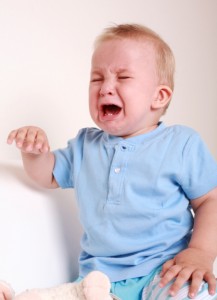 Should we bother with emotions? What purpose could they possibly serve? Wouldn’t we be better off attempting to be 100% rational 100% of the time?

This is a topic which is near and dear to my heart (or dear to my brain, perhaps). I will undoubtedly write about my distaste for most emotions in the future, but I have recently come to potential conclusions at which I would have scoffed mere months ago. That is what I’d like to share.

Think of all the negative emotion which people have experienced for silly reasons. They heard somebody say something, which hurt “their feelings”, and perhaps it turns out they heard wrong. So, they spent their week moping and feeling sorry for themselves for nothing. Waste of time; silly situation.

First of all, why in the world should other people’s opinions about you matter one lick, if it is the case that you are being a genuine person? They found a flaw? Well boohoo, everybody has them. Why in the world would you worry about somebody “finding out” a flaw? If I walk with a limp, people can make fun of me all day for it, but when you really think about their criticism, you find that they are unjustified. If you base your emotional state off of other people, you are bound to be sad, rejected, and incorrect. We know that nearly everyone doesn’t understand why they believe what they believe, so why would their erroneous beliefs, conclusions, or opinions matter one little bit? The only reason they do matter to so many people, is because so many people are equally unsure of why they believe what they believe! For all they know, their neighbors could be correct in saying that human worth is determined by how fluidly one walks.

I could go on forever about how silly people are, and how we shouldn’t care what they think (for good reasons). However, I do believe there can be room to justify human emotion. It is a little bit different than how we normally think of emotion, though.

So, why should anyone care how anyone else “feels” about anything? Here’s my tentative answer: our own novelty. Let me explain.

Human beings are made up of matter. We have bodies, which are made up of organs, cells, bacteria, and so on, all the way down to the atomic level. Pretty cool. All of these things are 3rd person phenomena. In other words, my liver is not a “self”; cells do not refer to themselves as “I”; and atoms do not have personalities. Where in the world do these clumps of molecules somehow get the unified capability to become “I”, when in the context of a human? It is so stinkin’ absurd that I should have a subjective, 1st person experience of “feeling” my thumbs. Who is doing the feeling? What a novel situation that we (clumps of molecules) seem to be in. Here’s where I think relating to other humans on some level of “feeling” might be cool and justified:

You didn’t plan on existing. Neither did I. We just happen to be here. We don’t really know what the heck is going on, or even what the heck human beings really are. Let’s not kid ourselves. We seem to be groups of atoms with an inexplicable first-person experience. How the heck did that happen? We’re all little blind mice who somehow came into “existence”. Wow, what a connection I have to a human being in contrast to other lumps of molecules!

It makes me want to run up to some other human being and be like, “Do you FEEL this!? I do to! I didn’t have anything to do with my own existence, and I don’t know nearly anything about the universe or myself or anything, but wow, brother, we exist!”

The universe could be more easily explained if “we” didn’t exist, if everything remained 3rd person matter. I just can not get over the novelty of being a self.

I must say, from my current standpoint, that is the only way I feel some kind of “relationship” with other humans. It is quite endearing how awkward and pathetic we humans are in our own accidental existence and overwhelming ignorance.

This entry was posted in Culture, Emotion, How to Think Critically and tagged culture, emotions. Bookmark the permalink.

3 Responses to On human emotions