I thought it was just a kid thing. “Once I grow up, people won’t act that way anymore.” I was wrong. 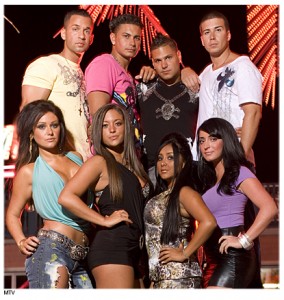 It only gained in strength through the teenage years. Nothing changed in college, but that’s still dealing with young people. Nowadays, after graduating, and interacting with enough middle-aged and gray-haired people both at a university and outside of it, I have concluded it will never be different:

The majority of people have chosen their identity. They have picked it off a shelf like a pre-packaged PB&J. The allure of being able to choose a ready-made personality is too powerful, not having to think about how to react as an individual in any given circumstance.

Indeed, we operate in this world all the time. It is extremely obvious with teenagers, who will “look” and “act” one way on any given week and abandon ship the next. It’s like they are playing a game of cards, and they are looking at their hands filled with all the little cliques of which they can be a part. The “prep” will get played one week, but look out, he’s still holding a “gangster”.

Sounds juvenile, right? It is. But look around. Our culture is populated with millions of “gangsters”, some of whom are probably old enough to be my dad. Look at all the “preppy” Southern Belles sitting in middle-management, worshiping little green pieces of paper until they retire because they’ve been told (and have refused to question) that material comfort is the standard by which people ought to judge themselves. Their lives revolve around securing a paycheck large enough to stuff themselves with empty entertainment until they are mentally immobile. Maybe people are drawn to the television in particular because they think deep down there could be something important on some channel. “Perhaps just beyond channel 157, I can find purpose in my life. I’ll search for it between episodes of Jersey Shore.”

Look at the rednecks of all ages who will defend their culture at the point (or at least threat) of a gun. Yessir, they know that life revolves around guns, beef, and boobs, material wealth be damned. Little do they know they might be boobs themselves.

Why is it the case that so many people have the same cultural biases as their parents and families? They choose their personality off the plate handed to them. Perhaps there is a problem with this system.

Realize, all of these cultures look from their standpoint to the outside world and think they have an accurate worldview. They cannot all be correct. While it is certainly the case there is not one “good life” which everybody should live, it is absolutely the case that everyone does themselves a disservice by accepting little categories of personalities to choose from.

You can not find out who you are until you reject the cliques that are pushed on you from cradle until grave. Granted, if your actual personality does not fall within the accepted spectrum, be prepared to be judged. But who cares about judgement from people whose entire existence is based off of somebody else’s personality?

This entry was posted in Culture and tagged cliques, culture. Bookmark the permalink.